In January 2014, the thailand-based Women’s League of Burma (WLB) launched the report “Same Impunity, Same Pattern: Sexual abuses by the Burma army will not stop until there is a genuine civilian government”.  100 sexual violence crimes are documented since 2010, including 47 gang rapes with victims as young as 8 years old-perpetrated by the Burmese military in ethnic regions of Burma. Actually, these crimes are not isolated events but part of a widespread and systematic pattern of sexual violence. According to the report, rape is still used as a war weapon and an instrument of oppression. It is a tool used by the Burmese military to discourage and destroy ethnic communities. 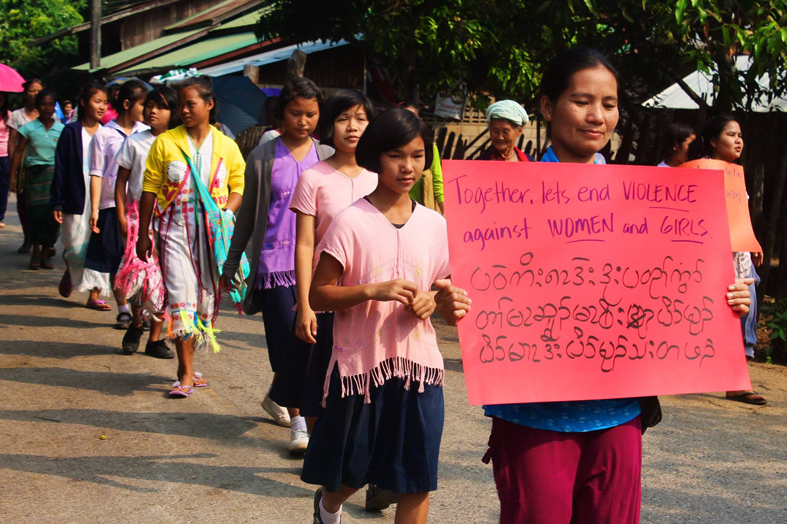 In spite of the Burma’s transition to a civilian government, the inclusion of a new Constitution in 2010 and the elections in 2011, military attacks against ethnic groups are still taking place in the rural areas of Burma. Indeed, the majority of the crimes documented were placed in the Northern Shan and Kachin Sates. According to The Kachin Women’s Association Thailand (KWAT) 59 women are documented to have suffered sexual violence committed by government soldiers and following the documentation of the Shan Women’s Action Network (SWAN) 35 women were involved in 30 cases of sexual violence in the past three years.

The report urges for an end to the prevailing system of impunity and for an imminent end to sexual violence and points out indispensable actions to stop sexual violence, hold perpetrators accountable, respect international law and live up to the recent promise of democratic reform.  “To bring justice for the victims of rape and sexual violence, we must take steps to ensure truth, justice and accountability,” said Tin Tin Nyo, General-Secretary of WLB. Tin Tin Nyo added that, “There can be no real reform without stopping all forms of violence, correcting the judicial system, amending the Constitution and enforcing the law to protect women’s lives.”

Meanwhile the Burmese government and the international community are indifferent to these generalize human rights abuses, the report call for a thorough independent investigation because these sexual abuses are potential war crimes and crimes against humanity.